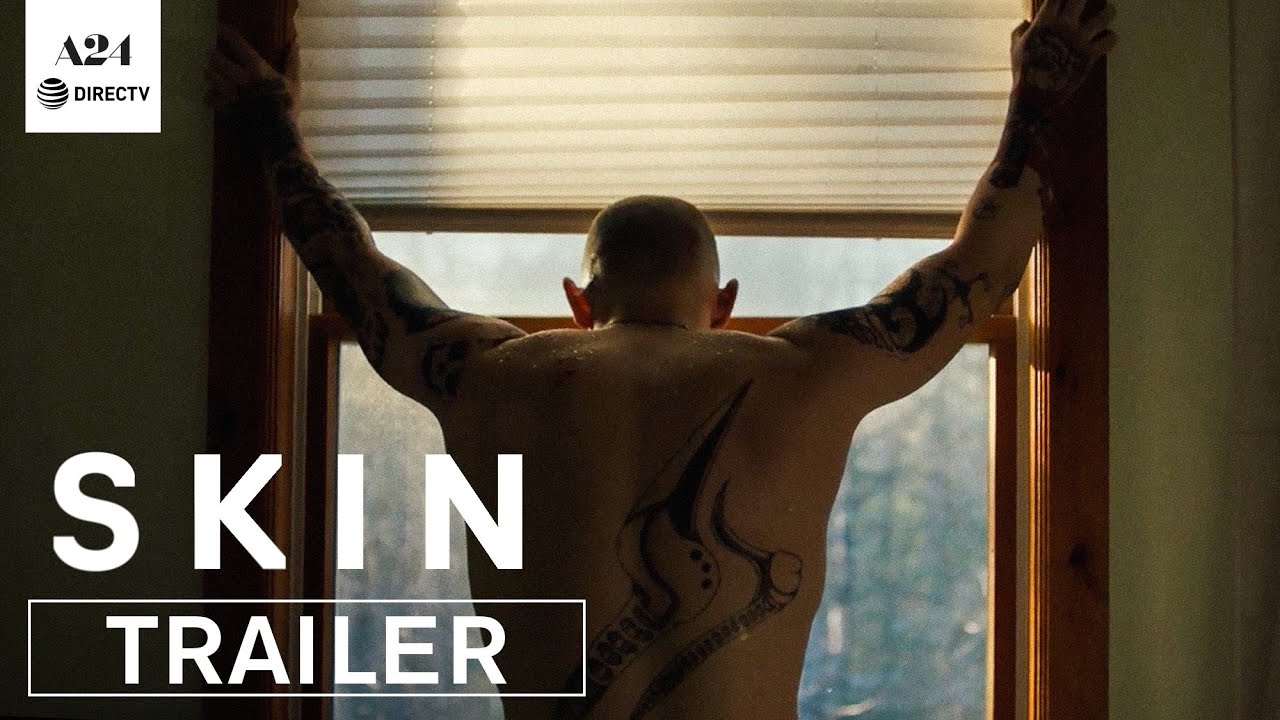 A destitute young man, raised by racist skinheads and notorious among white supremacists, turns his back on hatred and violence to transform his life, with the help of a black activist and the woman he loves. Based on the remarkable true story of Bryon Widner, who endured over a year of painful operations to his face and body to remove the tattoos that tied him to his terrible past. Starring Jamie Bell, Danielle Macdonald, Vera Farmiga, Bill Camp and Mike Colter.

Israeli writer and director Guy Nattiv’s U.S. feature debut, Skin premiered at the 2018 Toronto International Film Festival and was acquired by A24/DIRECTV. It was released in 2019.